On Saturday, February 15, a meeting with APU (Ritsumeikan Asia Pacific University) was held.

APU and Suncheon are Junten’s partner schools and as part of the university collaboration program, APU invites students who have graduated from Suncheon and entered APU, as well as foreign residents who have graduated from APU and now are working in Japan. All students of the English Selection Type (E-Class) in the 2nd Year of the High School and the students who wish to go to the university’s international programs joined this opportunity.

Teramura Hinano, a graduate of our school who is currently studied at APU, Sri Lankan born Ashi Shintaro and India born Chaudhary Ali talked about their experiences at APU.

What was the best part of this opportunity? 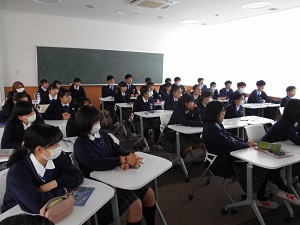 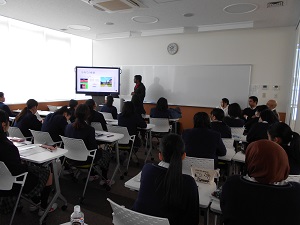 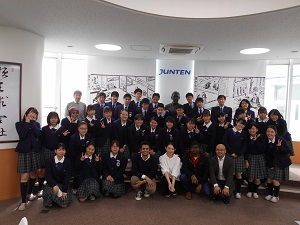 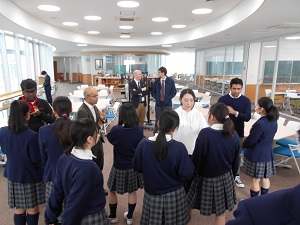